During the first half of the year, the international parcel delivery service Venipak grew in all countries of the group 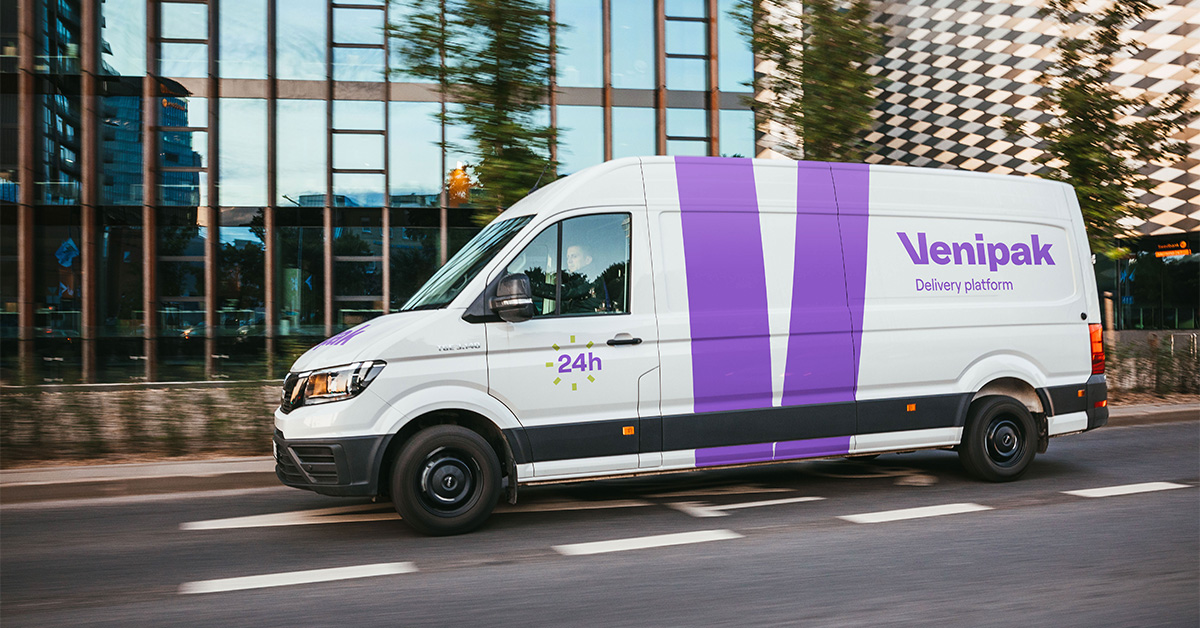 Despite the lifting of the pandemic restrictions and the difficulties caused by the outbreak of the war in Ukraine, the international parcel delivery service Venipak grew by almost a third in the first half of 2022 compared to the same period last year. The company has goals and development plans for the second half of the year that are just as ambitious.

Compared to the first half of 2021, the Venipak Group grew by 29% this year. The growth reached 27% in Lithuania, 43% in Latvia and 26% in Estonia. In Poland, the company recorded a 28% increase in its customer base. Venipak’s turnover for the first half of this year reached EUR 32 million.

There is room for expansion

“Despite the challenging geopolitical context, we have maintained a level of consistent growth. The fact that we have been able to cope with the worsening economic conditions is the result of many factors. First and foremost, it is due to the continuous investment to improve the quality of customer service and staff motivation systems. The balance between the business and private customer portfolios, and the growing pickup point recovery rate are equally important. In addition, we have a successful track record in the airfreight and e-fulfillment segments,” says Justas Šablinskas, the company’s CEO.

According to Šablinskas, e-commerce volumes in the Baltic States have not yet reached the European average, so there is definitely room for business development. It is estimated that the demand for e-fulfilment services in the Baltic States will grow by 40–50% annually. In response to growing demand, the company is investing in increasing parcel throughput. The e-fulfillment warehouse based in Vilnius was expanded by more than 4,000 sqm and the adjacent parcel sorting terminal by 2,000 sqm.

“We also have the seventh largest market in Europe, Poland, which is increasingly on the radar of our entrepreneurs, so we are focusing on its untapped potential,” he adds.

Venipak’s near-term plans include the development of contactless pickup points in Estonia. The company will start setting up the pickup points in autumn and aims to expand the network to 150 during the first phase. The Tallinn terminal will also be expanded to 2000 sqm.

The second parcel sorting terminal of almost 5,000 sqm is scheduled to open in Latvia in autumn. It will also be equipped with a new conveyor to improve the efficiency of 24-hour deliveries to the Baltic States. Upcoming investments will amount to around EUR 3 million.

“We are preparing for a season as intensive as, say, last year. We will be able to recruit around 200 new employees, and we will be more proactive when it comes to recruiting individual Venipak drivers. Normally, during the festive period, we grow by around 40–50%. Naturally, due to the uncertainty, we have a plan B in place, but for the time being, we are not stopping our development plans,” concludes Šablinskas.