Survey: a third of Estonian residents will spend the same amount as last year on buying Christmas gifts 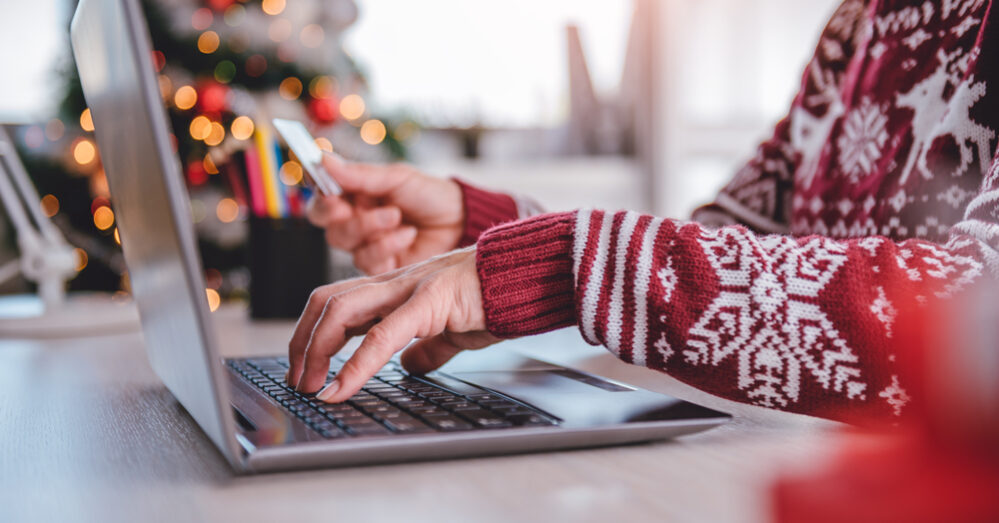 About a third of Estonian residents plan to spend the same amount as last year on Christmas gifts this year, most often budgeting from 101 to 200 euros, according to a survey commissioned by the international shipping company Venipak.

In 35% of cases, Estonian respondents indicated that they were going to spend the same amount as the previous year. This answer was also indicated as the most popular by the residents of Latvia and Lithuania – respectively 32% and 34% of cases. The second most popular answer was that they would spend a little less, which was chosen by 17% of respondents in Estonia and of 19% in Latvia and Lithuania.

A relatively large number of residents have not yet made a decision about how much money they will spend on Christmas gifts, which was expressed by 15% of respondents in Estonia and Lithuania and by 16% in Latvia. 15% of Estonians, 13% of Latvians do not plan to buy gifts this year, but only 6% of Lithuanians indicated this.

“Although it seems that Christmas is still far away, sales campaigns both online and in stores are starting, so it is important to understand in time how much money everyone will be able to allocate for their purchases this year,” said Justas Šablinskas, CEO of Venipak.

When asking residents how much money exactly they plan to spend on Christmas gifts, 35% of respondents in Estonia indicated a range from 101 to 200 euros, while the second most popular answer in 27% of cases was from 51 to 100 euros. Interestingly, a significantly larger number of Latvian residents plan to spend up to 50 euros, mentioned by 24% of respondents, while only 12% of Lithuanians and Estonians chose this answer.

The survey also found out how residents plan to choose and buy gifts this Christmas. Respondents from all three Baltic states said that they would carefully plan their shopping list and look for the best offers and discounts. This was indicated by 35% of the population of Latvia, 39% of Lithuania and 34% of Estonia. About 21% in Estonia said they will wait for discounts of online shops and then buy everything they need and the same amount of people have not decided yet.

The residents of Latvia who are most anxiously waiting for utility bills when the colder weather arrives, because only then are they ready to decide about how much they will spend on buying gifts. This answer was chosen by 19% of Latvians, as opposed to Estonia and Lithuania, which indicated 13% and 11%, respectively.

In total 3010 people were asked in the Baltics, 1000 of them in Estonia. The survey was conducted by Norstat in October 2022. 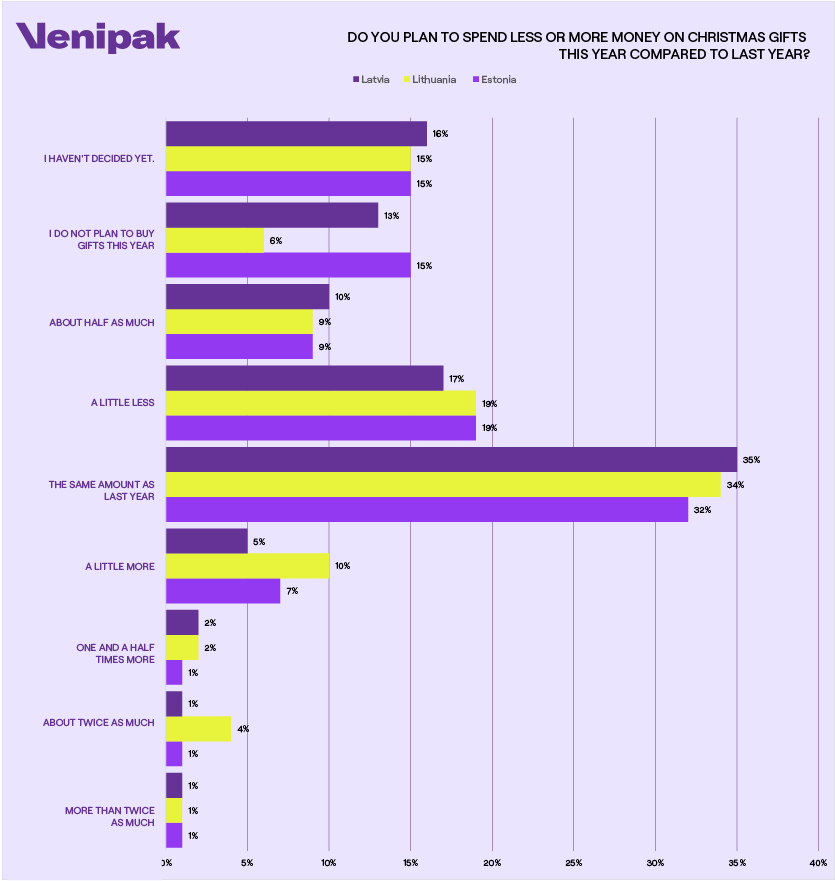 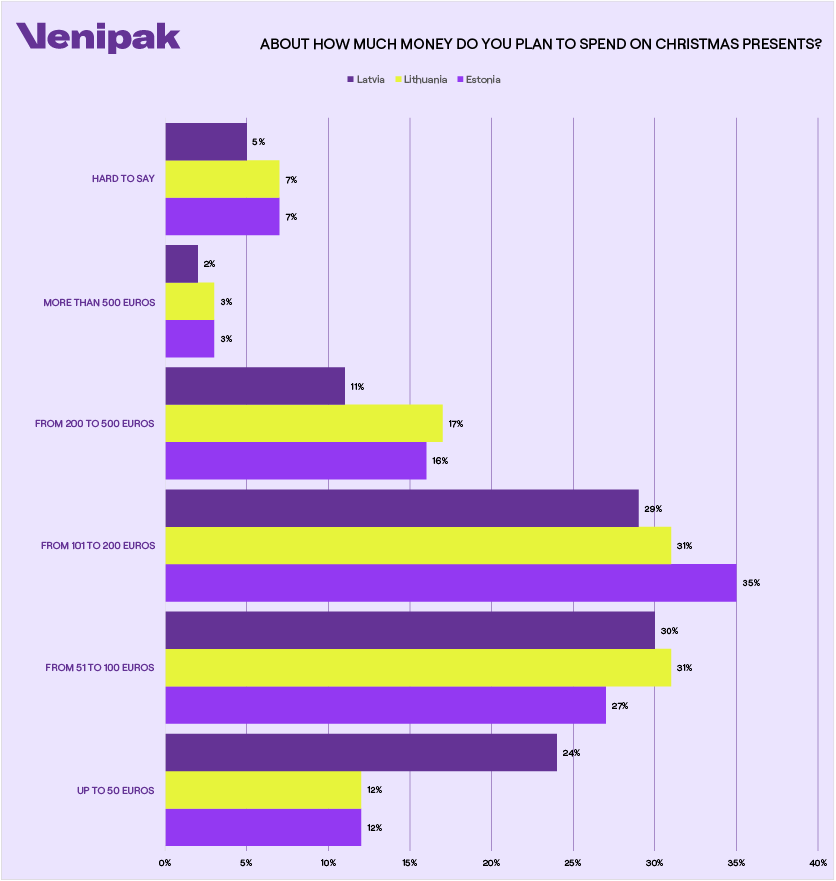 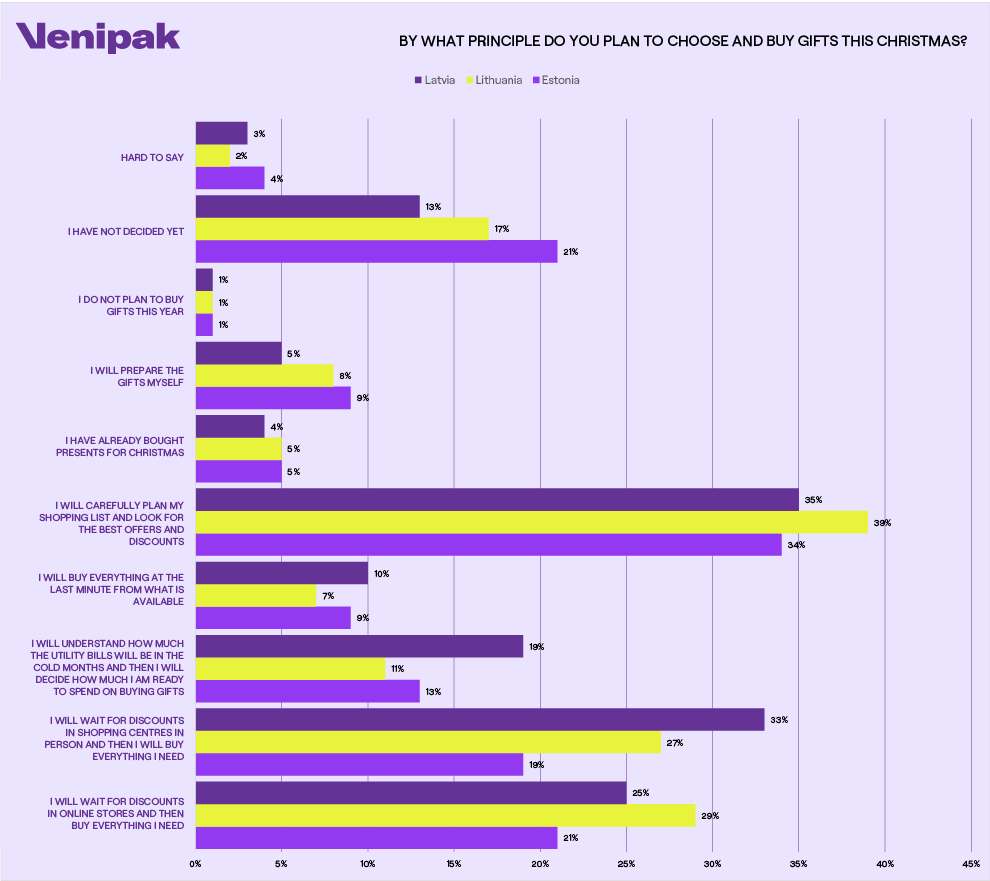